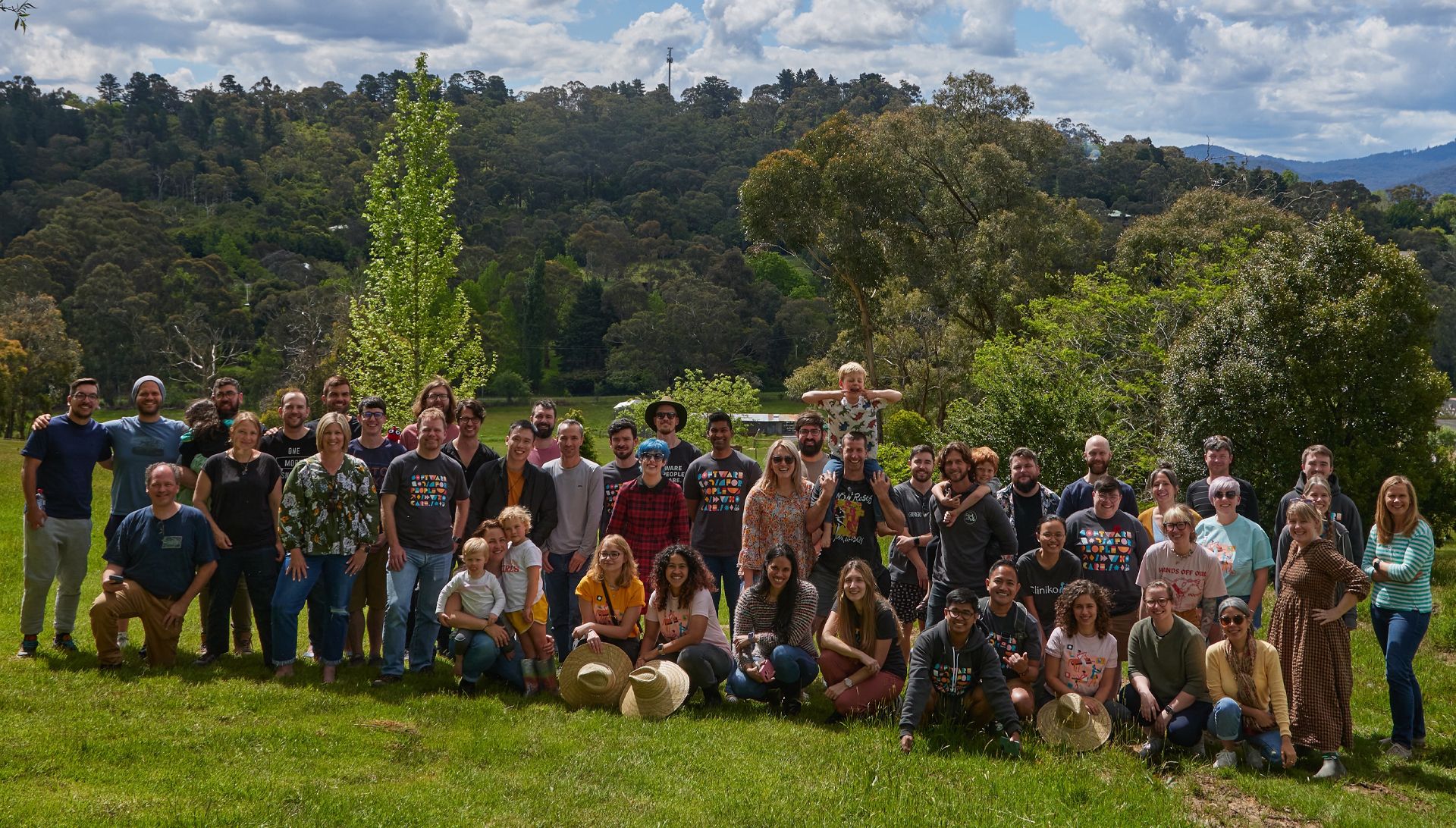 What do you get when you combine 51 adults, 17 children, 31 caravans, 1978 meals, and 16 dietary requirements? A massive Cliniko meetup!

We’re a diverse bunch at Cliniko: a mix of developers, support staff, growth experts, and content folks. Because we’re a fully remote team, we also came from all over the world (Australia, Canada, Colombia, England, Malaysia, Philippines, Portugal, Scotland, Turkey, and the USA). Some people have been at the company for over a decade, others (like me!) are newbies.

Cliniko usually runs an annual company get-together, but the pandemic meant that we hadn’t had one since 2019. You can imagine how excited we were when the long-awaited event finally happened this November! Our founders, Joel and Liora, hosted 68 people in the lovely Healesville hills, not far from Melbourne. This wasn’t just for Cliniko staff, many partners and families came too.

Over fourteen days, we packed into two enormous marquees and at night, a fleet of caravans on the property accommodated us all (causing some confusion for the local council as to what on earth was going on). All in all, it was a mammoth organisational task for Joel, Liora, and our meetup coordinator extraordinaire, Mel.

What happened at our meetup

A Cliniko meetup isn’t really focused on work. Sure, it's a good chance to sneakily ambush that elusive person who doesn’t always get around to replying to your messages (not naming names!) or chase up a quick answer to a nagging question you had. But most of the time, if you’d shown up at the door, you would’ve seen lots of people – in snazzy new Cliniko hoodies – simply sitting around chatting. 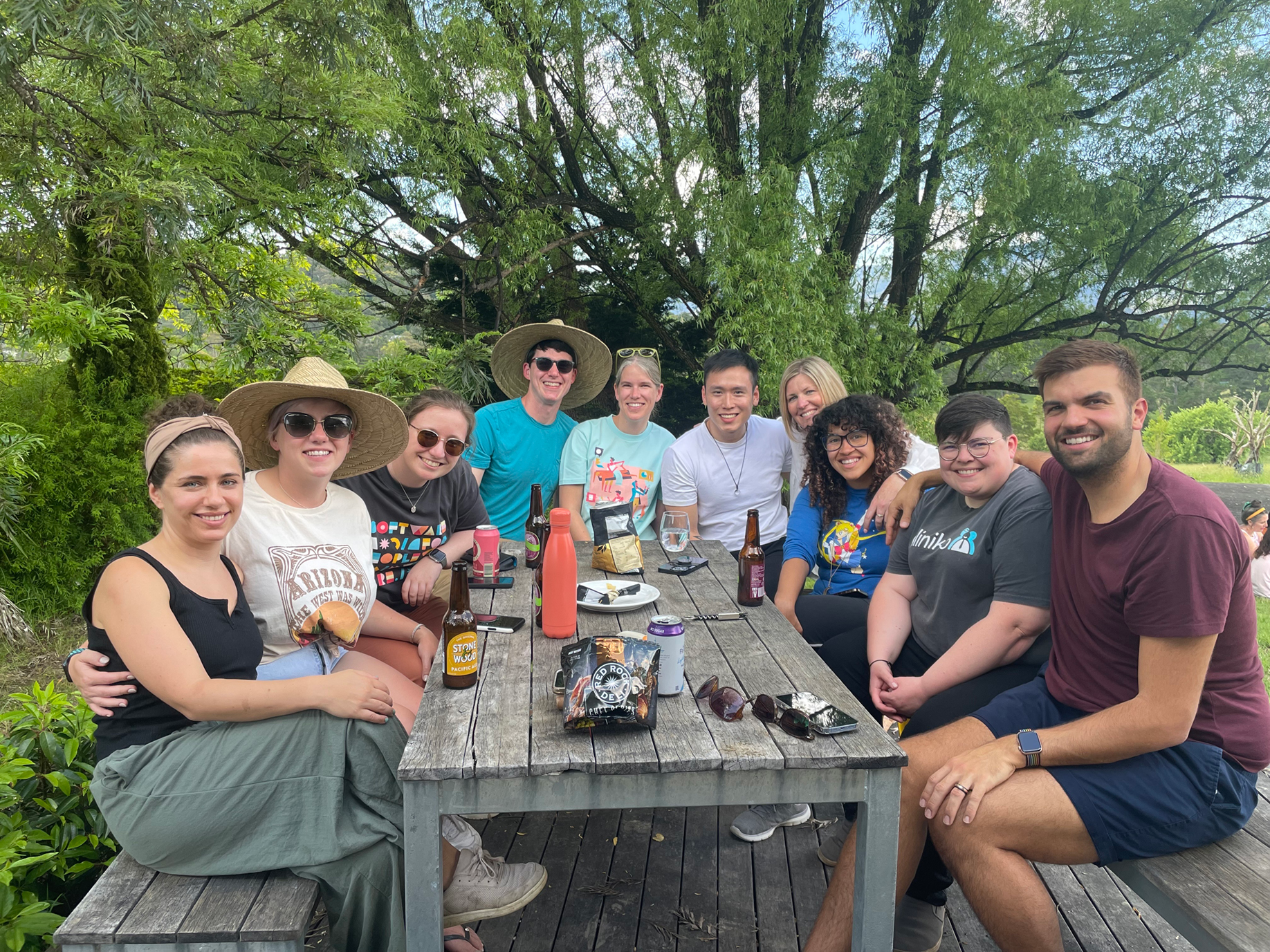 Some of us did some work here and there, and we ran some specialised team workshops (e.g. our developers had a few sessions together to discuss mysterious software things that none of the rest of us can understand). But this was very much secondary to the social aspects of the meetup. The intention behind it definitely wasn’t about being as productive as possible while we were all together – instead, the focus was team connectedness. 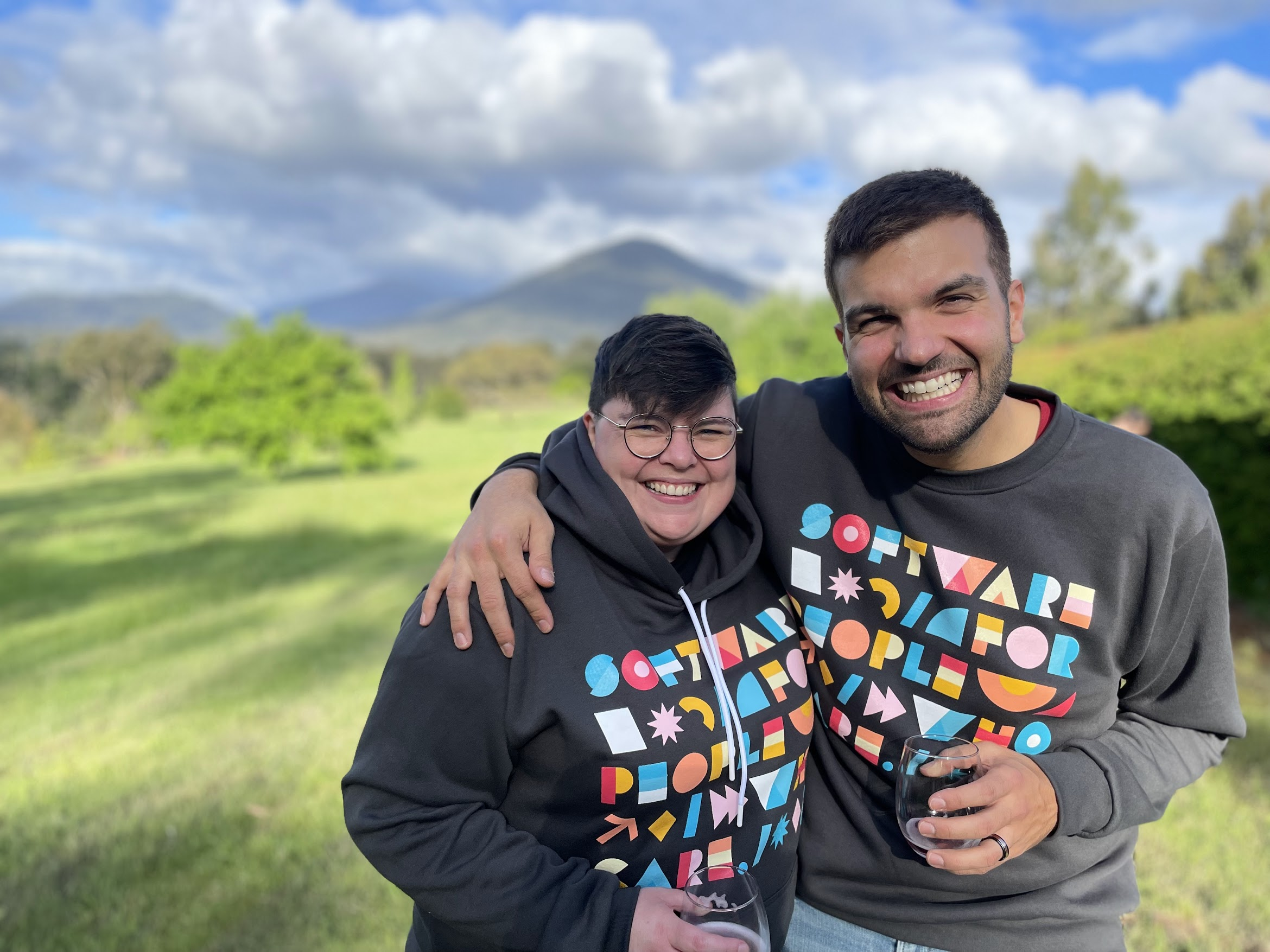 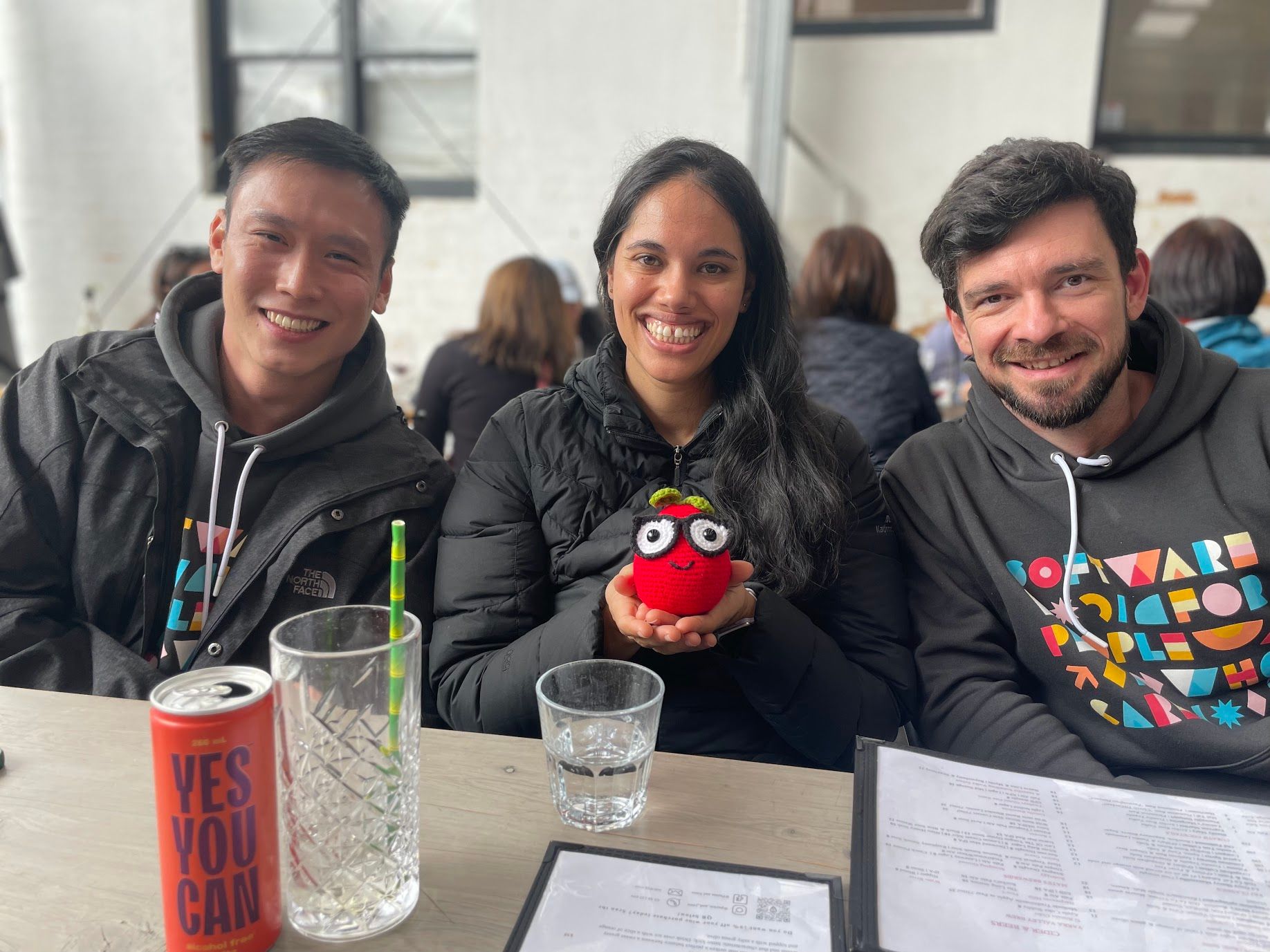 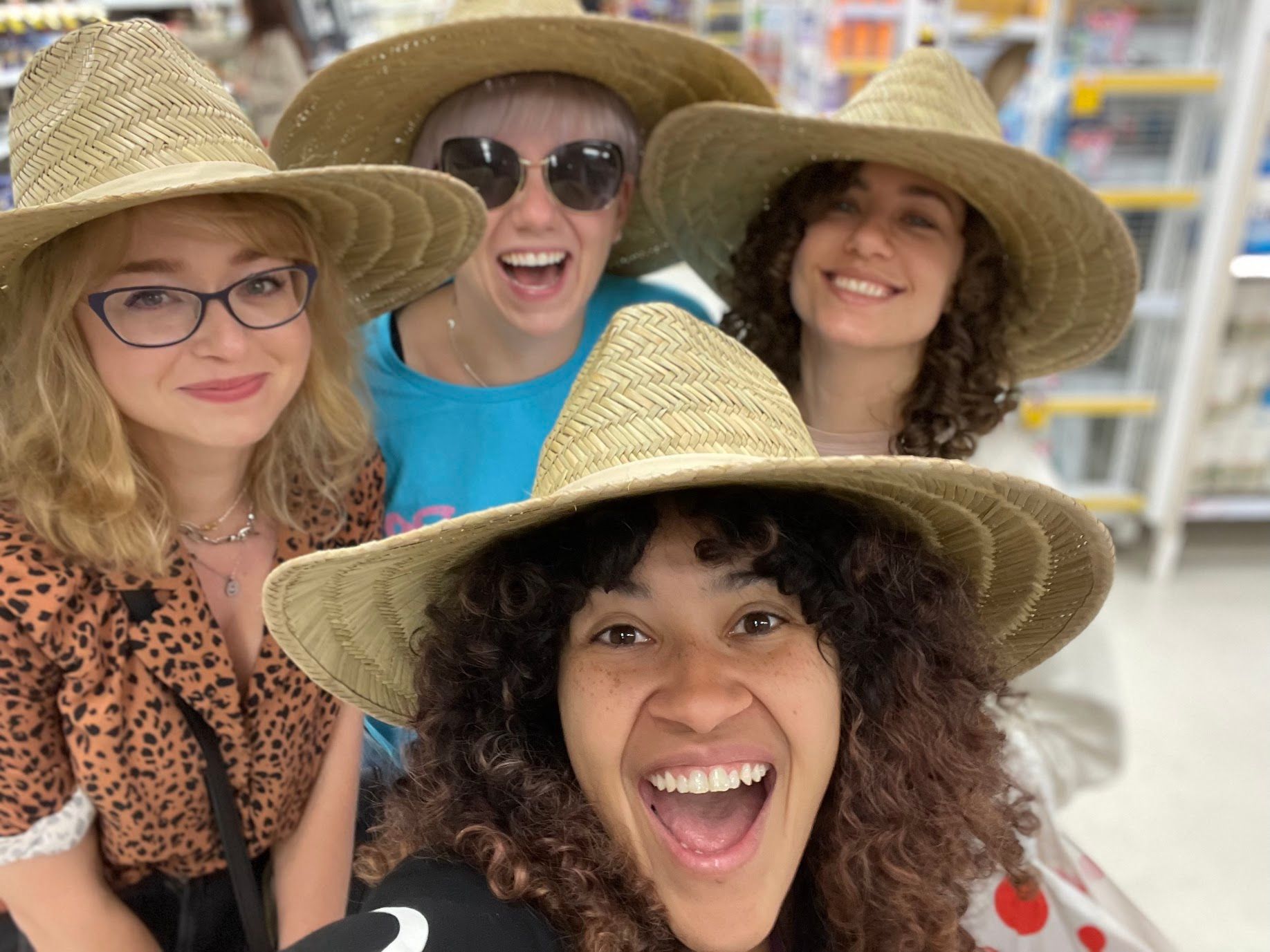 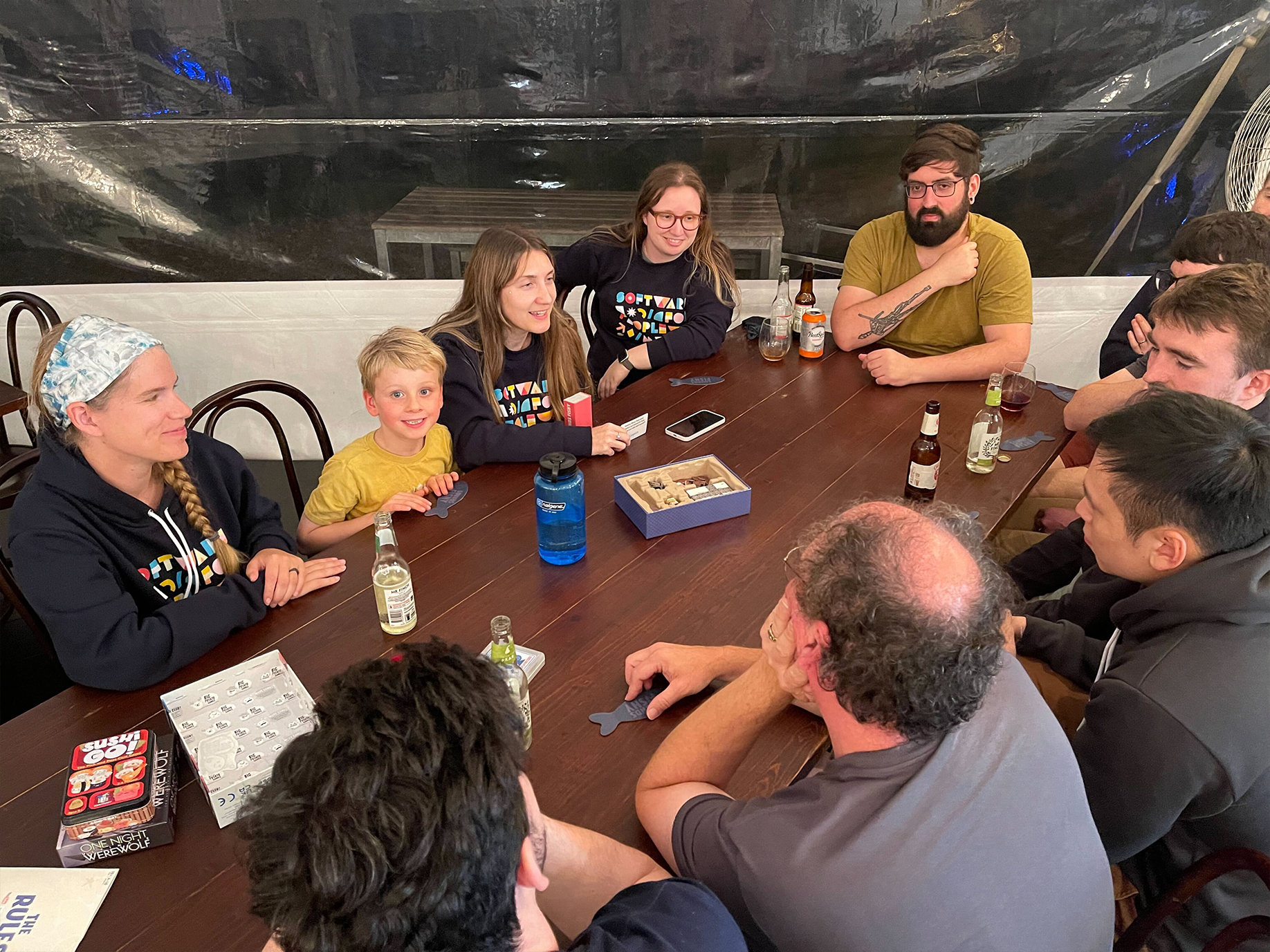 So, rather than working, we ate delicious food (crafted by Erik, a talented local chef), drank lots of coffee (it was Joel’s meetup after all) and got through a little bit of wine. Okay, maybe a lot of wine. We made some visits to the local wineries for tastings and went to Kuranga Nursery to buy native plants for the garden.

There was also lots of conversation, tipsy dancing, LED staff twirling, trivia matches, a concert from the kids, some very competitive trading card games, and encounters with a King Parrot who realised he could easily manipulate food out of us. 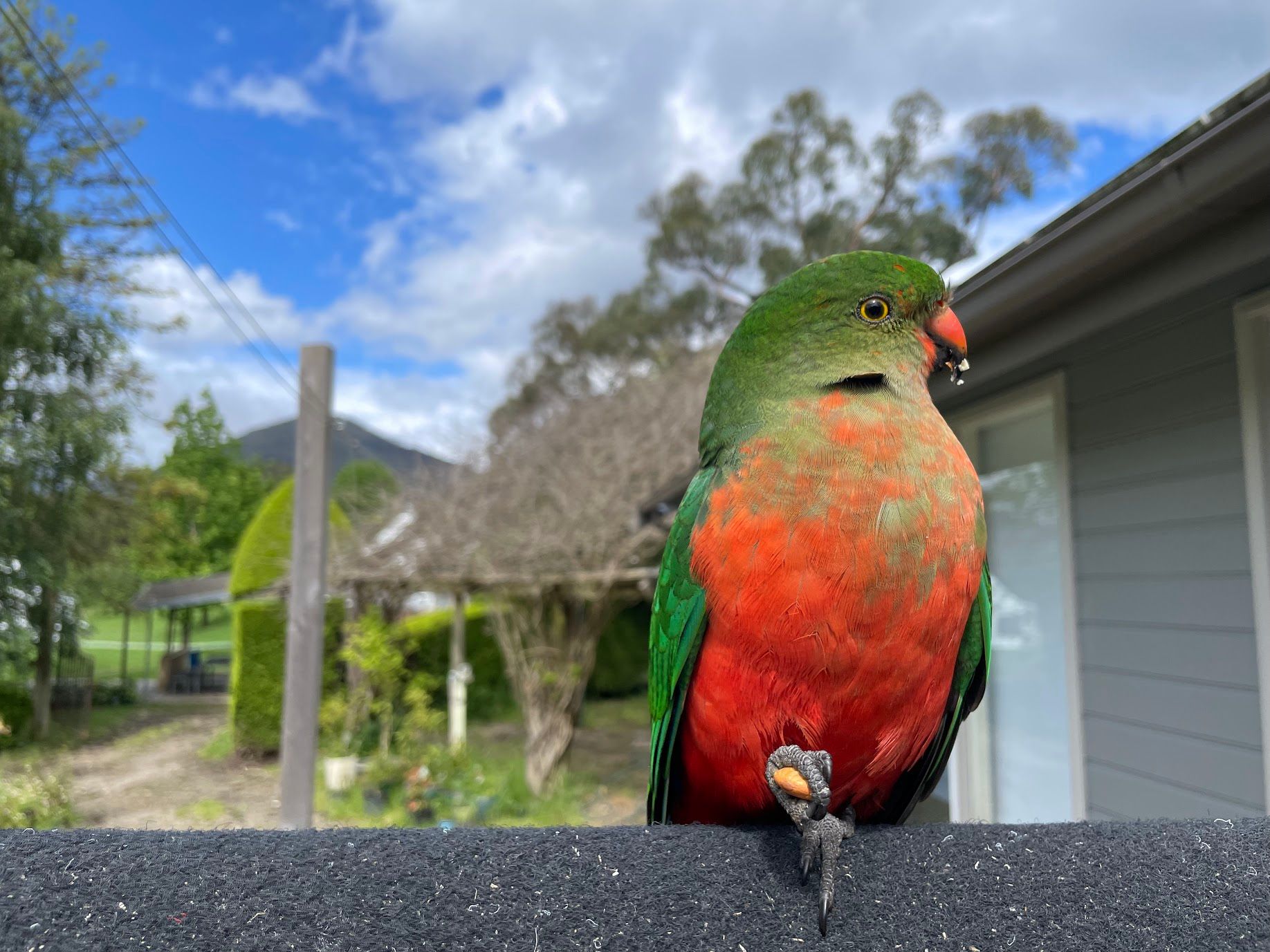 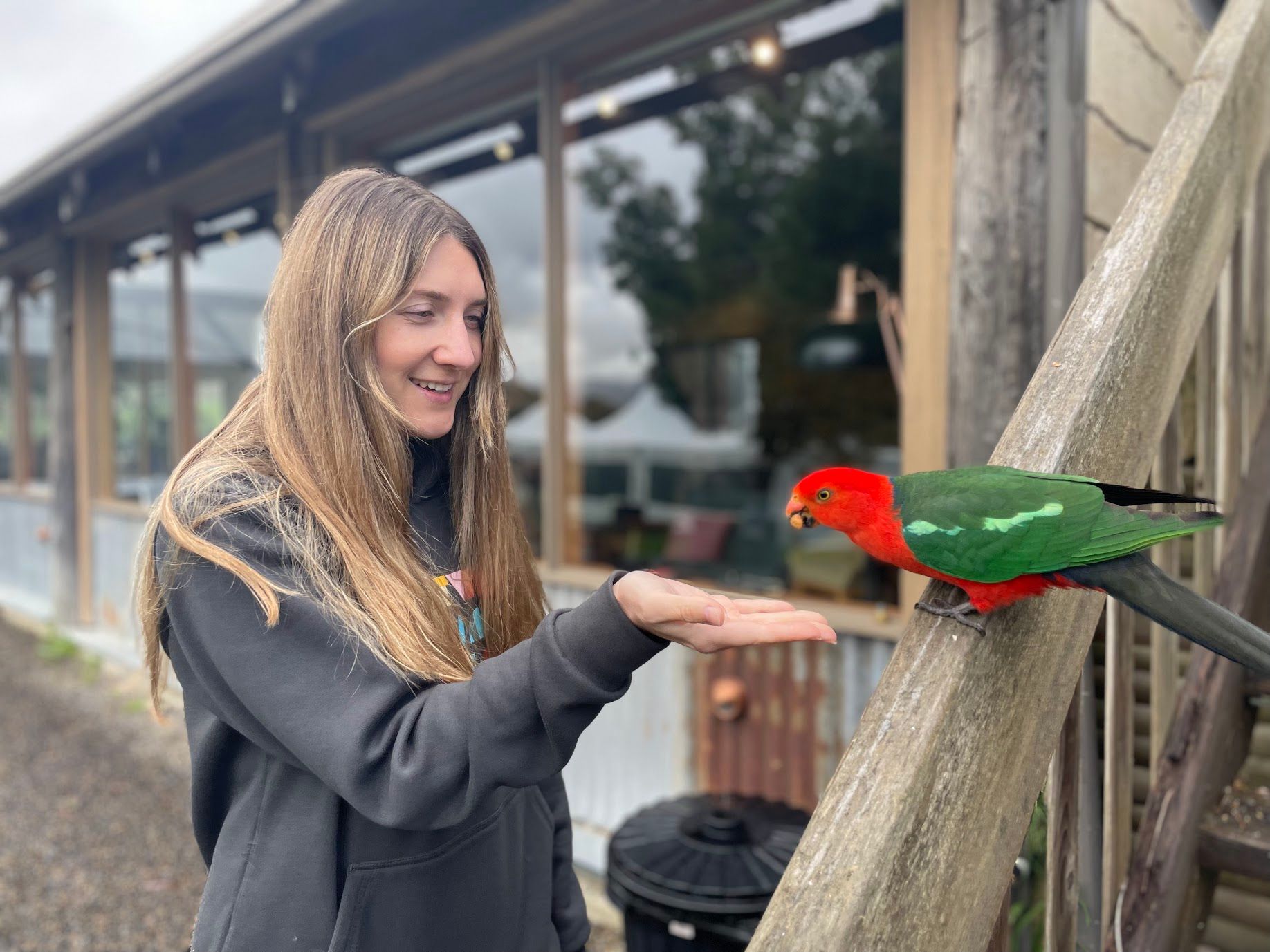 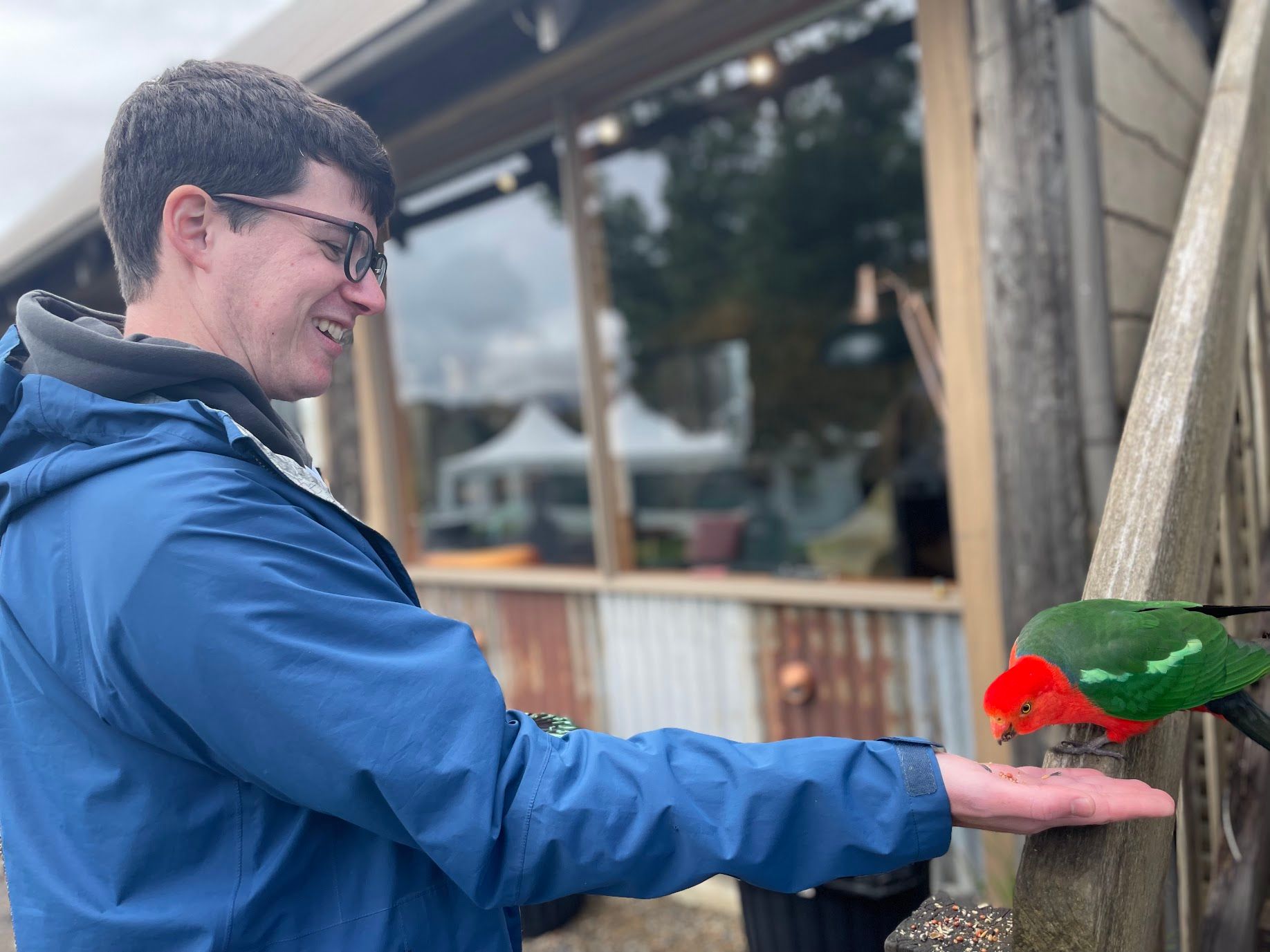 These activities weren’t just for team members – partners and families were equally involved. But we weren’t in a giant group the whole time and people were always free to branch off and do their own thing too. People with kids had the time and space to watch the local kangaroos and jump on the trampoline in the backyard; couples could venture into the city or enjoy walks together; and the quieter members of the group could always disappear off to a corner for some solitude.

Why Cliniko has meetups

Joel and Liora have always maintained that the value of meetups to the company far outweighs the expense. It’s not just a nice thing to do; it’s actually good business sense. There are many reasons why getting your team together in this way is directly beneficial to a company:

Meetups are a connecting experience. On the most immediate level, they help teammates to get to know each other better – which is especially important for a completely remote team like ours! At meetups, people get the chance to finally put a face to a name and an avatar, which ultimately makes for a better work culture and a more cohesive team.

But another big part of why meetups are so connecting is the fact that loved ones are included too. People brought partners, children, babies, you name it! When your family knows your colleagues (and vice versa), work isn’t artificially siloed off from the rest of your life – instead, your job is integrated with the people and things that matter to you. You don’t have to compartmentalise. It’s also a chance for colleagues to get to know each other within the broader context of each other’s lives – and not just for their role in the company.

Okay, so we weren’t always terribly productive during the meetup itself. But it’s afterwards when the magic starts to happen at work. In the wake of a meetup, people tend to work much more effectively and with renewed focus. A meetup is a space where ideas get bounced around and new projects can start to germinate. There’s also more tendency to collaborate – people are more likely to team up with colleagues working in different parts of the business. Once you’ve seen someone getting their groove on to “Dancing Queen”, you’re much more likely to shoot them a message on Slack, even if you haven’t worked closely together before.

Makes your team want to stick around

In the current climate where job vacancy is high, and people have many opportunities to move around, how do you encourage your employees to stand by you? After 11 years, only two employees have chosen to leave Cliniko. There are a few reasons for this, but meetups definitely help with employee retention. They’re fun to anticipate and something the whole team looks forward to for months (and sometimes even years) in advance. We chat about upcoming meetups in dedicated Slack channels and everyone at the company recognises that they’re something special.

Oh, and meetups are also just good fun! Laughter, joking, and enjoyment makes for happy team members. That’s obviously a goal all by itself. But even if you’re completely cold-hearted and only interested in your bottom line, meetups are still in your best interests; happy team members are going to be more productive and loyal, which is ultimately to the benefit of your company.

What the Cliniko team had to say

I asked a couple of my colleagues for their reflections on what the meetup had meant to them.

Fede, one of our support crew, endured a very long flight to Melbourne from her home in the UK. “As this was my first meetup, meeting the team in person after almost two years working at Cliniko was definitely the highlight for me,” she says. “And although I already knew this, seeing how incredible and special every single person is has been amazing.” 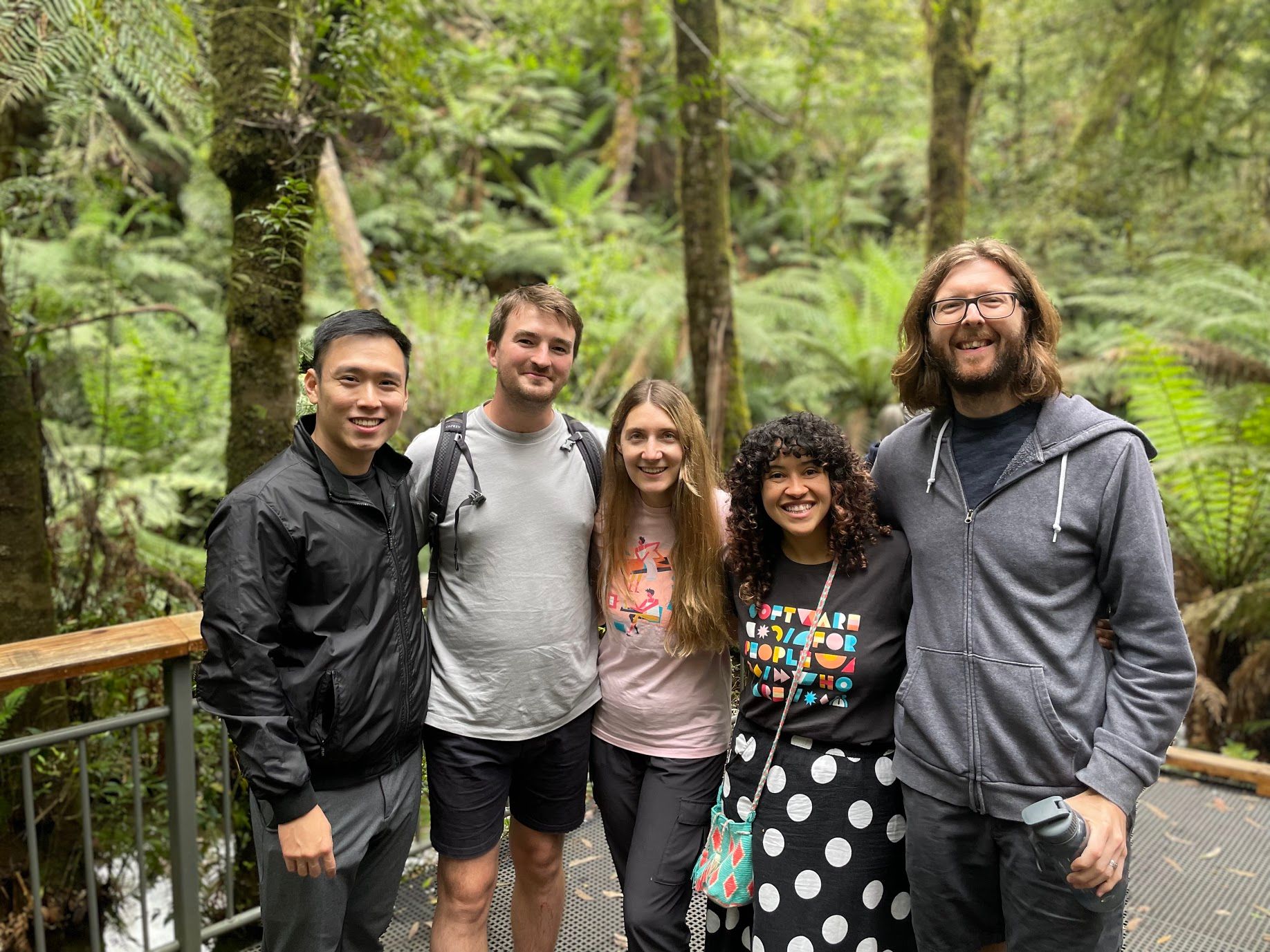 Hass, on the other hand, is a meetup veteran! Hailing from Malaysia, he’s been a Cliniko software developer for six years and attended six previous meetups. “It's really hard to overstate the beauty of Healesville and the Australian countryside,” he comments. “Living in the city, I miss out on the fresh air and the beautiful night sky. The meetup also coincided with the lunar eclipse, which was a first for me. Healesville Sanctuary is always a highlight. I don't care what anyone says, the platypus is the cutest animal on the planet.”

Both Fede and Hass found the meetup valuable in similar ways for how it brought the team closer together. They each also acknowledged the limits of technology to connect you with your colleagues when you’re working remotely. 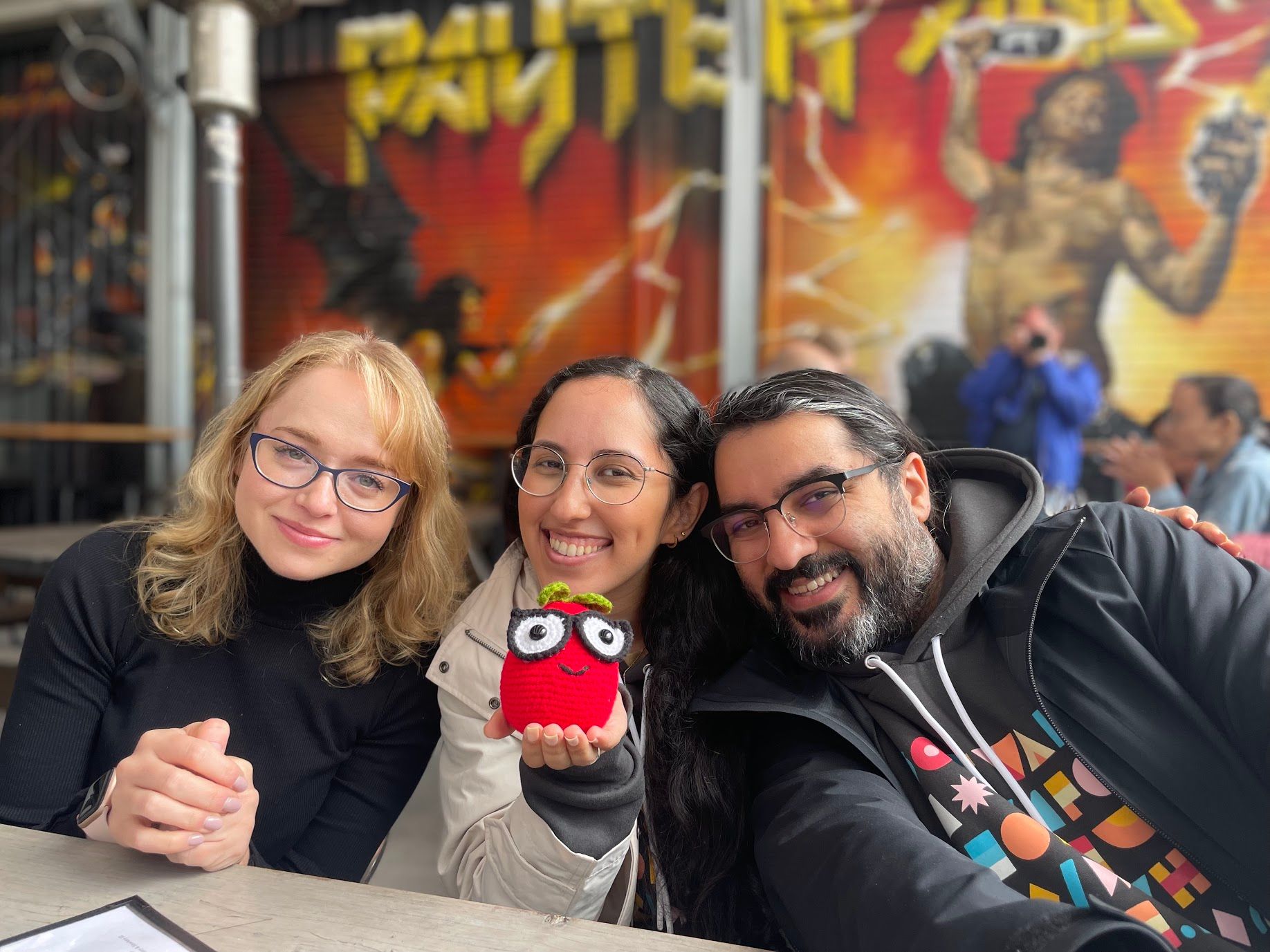 “Part of what I enjoyed was bonding with everyone and their families in a way that isn’t always possible through a screen,” Fede notes. “Getting people from all corners of the world together is quite a task, but it’s so worth it. I don’t think I could have ever spent two weeks with any previous colleague, but here I am, spending two weeks with people I’ve never met before and realising how great it is to be part of this big family.” 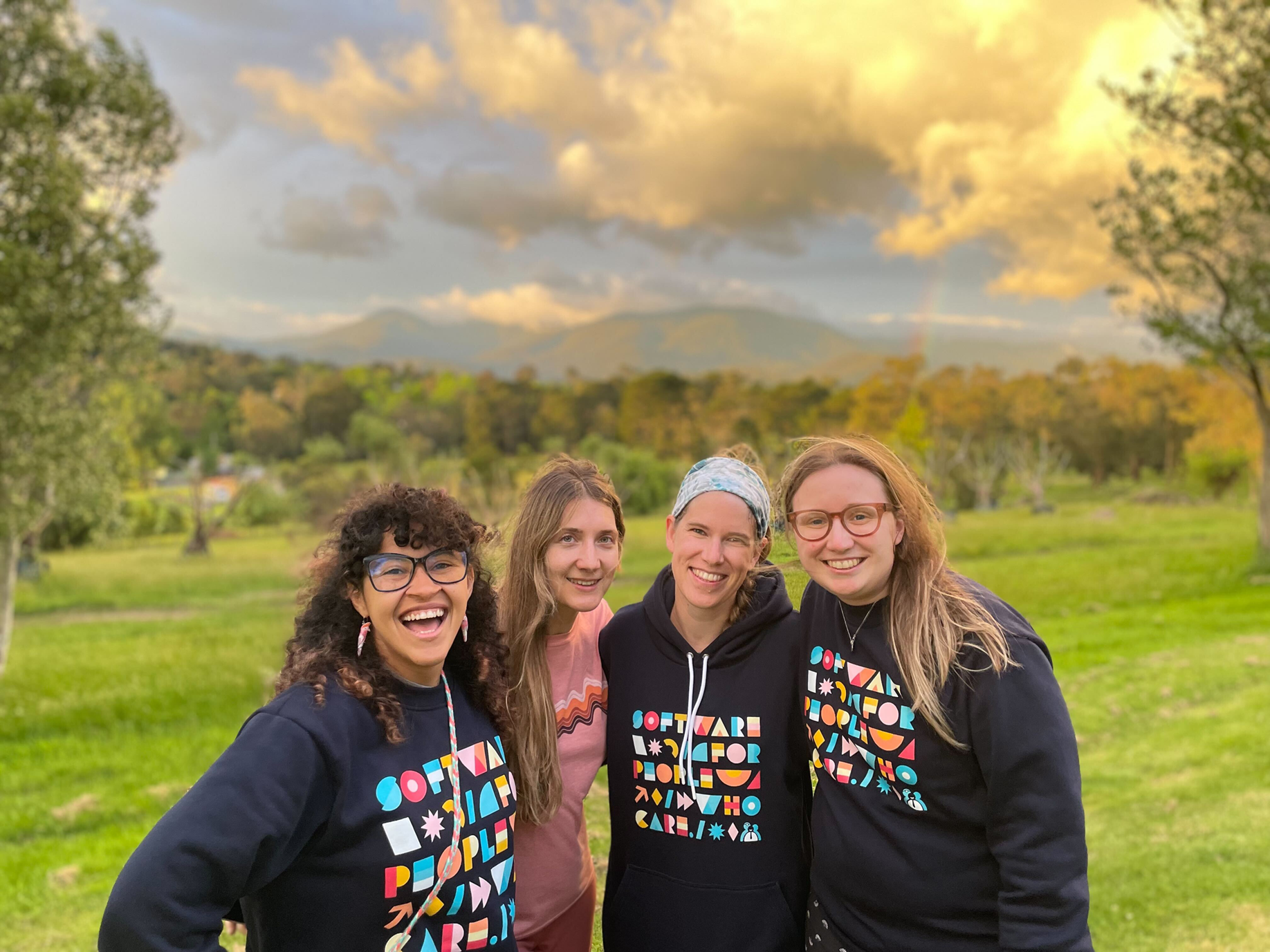 Personally, I couldn’t agree more with Fede and Hass. As a painfully shy introvert (and a new team member), I was extremely nervous about hanging out in a group of 68 people – most of whom I’d never met before (though to be fair, the Cliniko team has a lot of introverts, so I was in good company). My experience of team building in previous workplaces had also involved a variety of forced-participation exercises, so it was a relief that the Cliniko meetup passed without me having to fall backwards into anyone’s arms or run any three-legged races.

Like Hass, I felt that standing with my colleagues and watching the eclipse was a particularly special moment – it was surreal to feel really close to people I’d only ever met before on video calls. For me, the value of the meetup was to genuinely feel like part of a team and to get to know my colleagues in a way that didn’t feel superficial or fleeting. 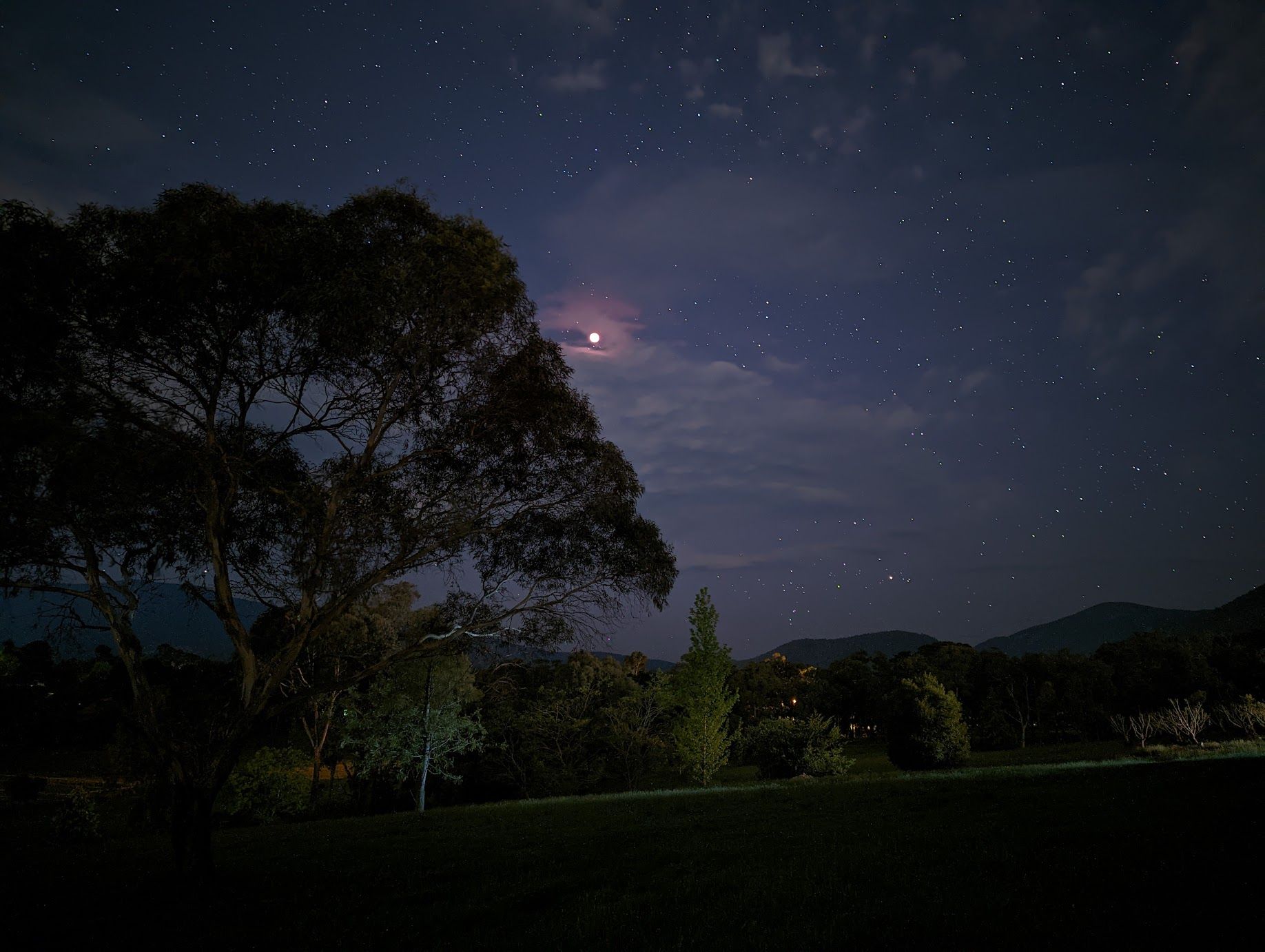 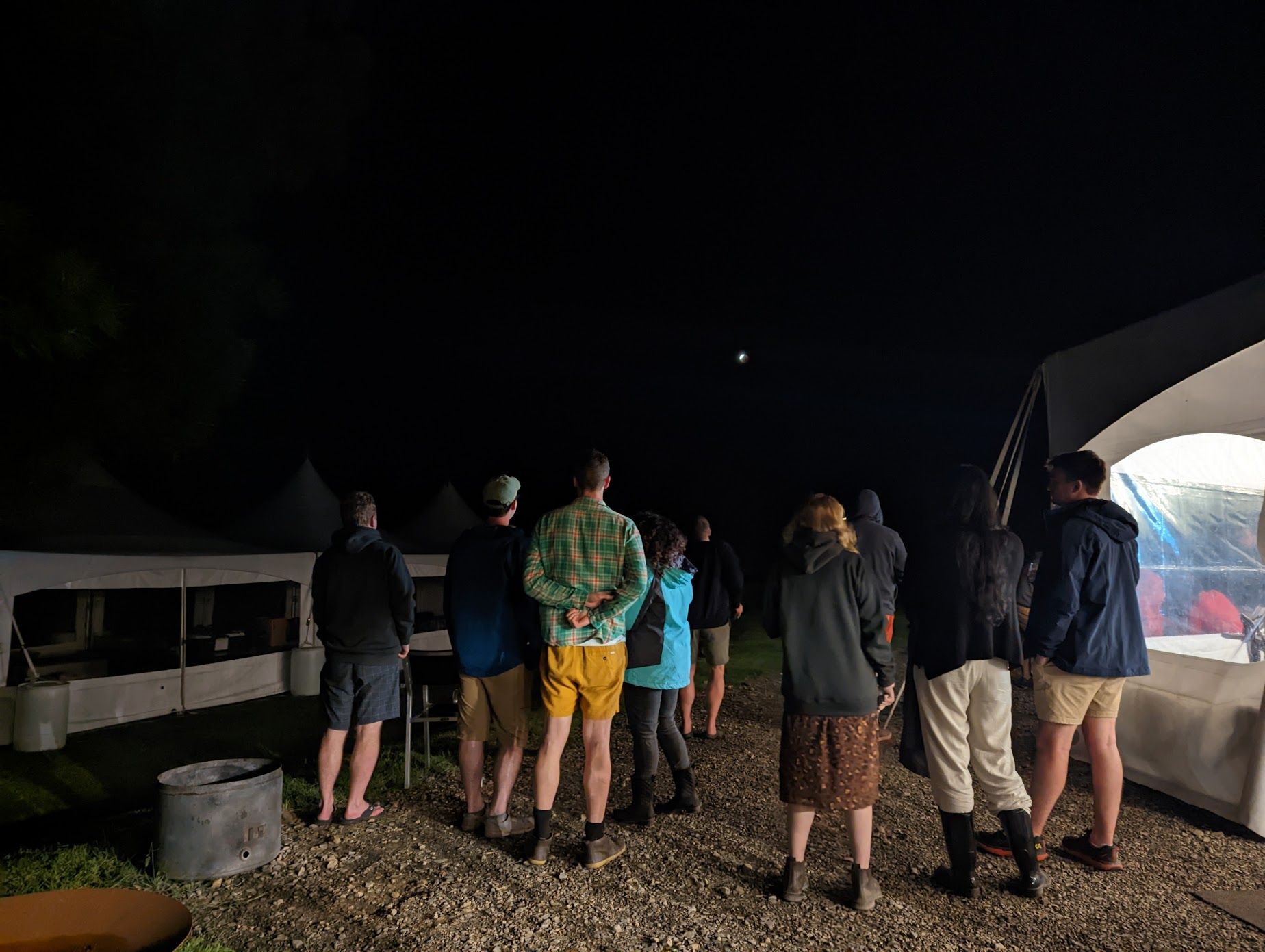 Incorporating meetups into your business

If you’re a business owner and you see the value in meetups, how can you incorporate something similar? Well, it certainly doesn't have to be super expensive or on as large a scale as our meetup. While Cliniko has seen that spending money on your team does ultimately benefit your business, in a tough economy, a meetup of this scale might not be within reach. So, what might you do instead?

Whether your team works remotely or not, meetups can be valuable. The important thing is finding a way for your team to connect with each other outside of a strictly work context – and, as much as possible, involving their loved ones too. It’s about making the people who work for you feel valued and included – for their benefit and for yours. And that’s something that’s in reach for everyone.