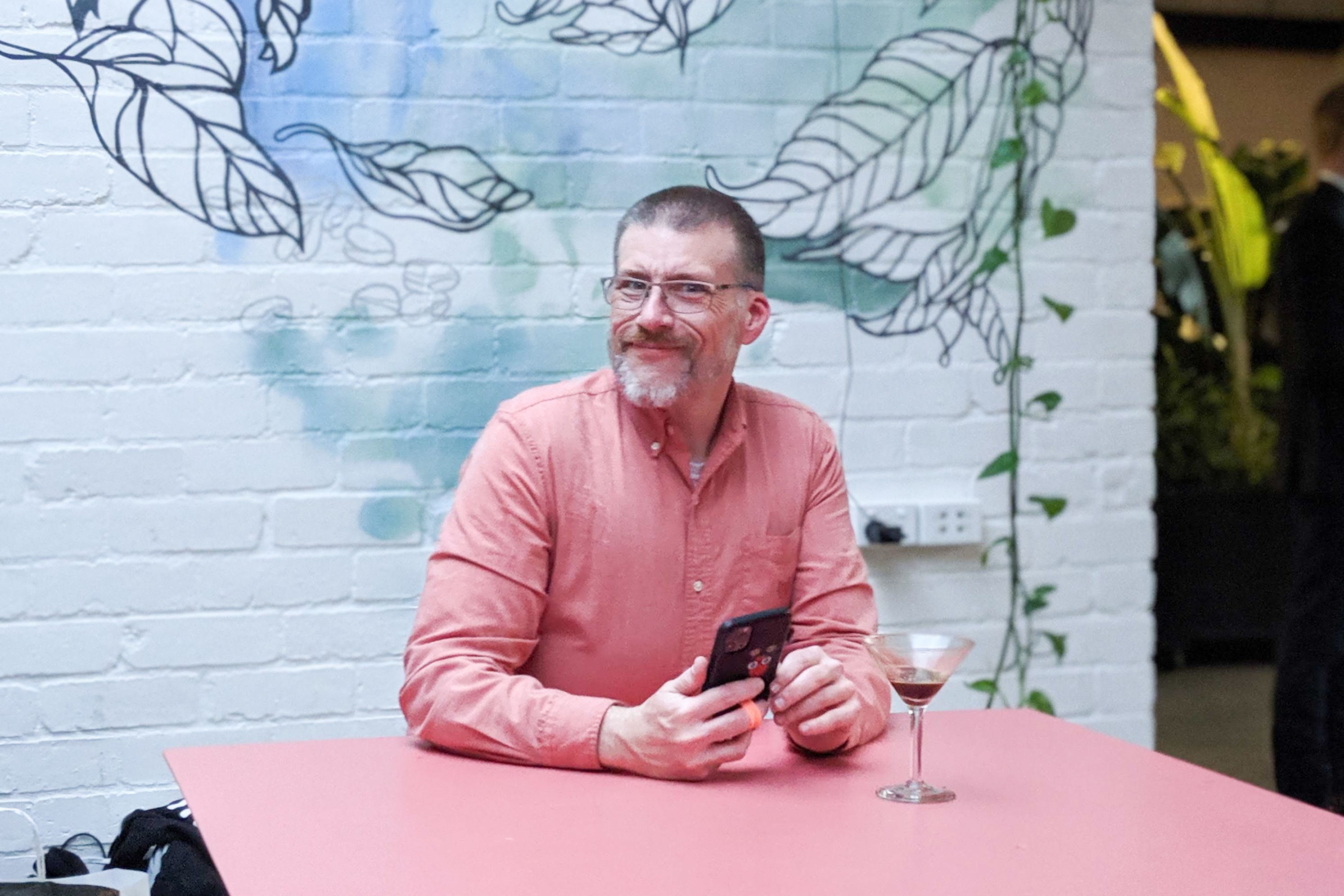 At Cliniko, we frequently see the direct benefits of giving our staff the freedom to focus on their well-being, but we particularly love Bart’s story. As one of our early hires back in 2013, Bart is a longstanding part of the customer support team. His journey is a heartwarming example of how flexible working can transform a person’s personal and professional lives – and why this should matter to employers everywhere.

Bart came over to Cliniko from a British software company, where he’d been burning the candle at both ends – the job had meant juggling multiple time zones and an hour’s commute through gridlocked Maryland traffic every day. When he joined Cliniko, he quickly gained a reputation within our team for working exceptionally hard. “I used to have this really American work ethic,” Bart admits. “Don’t take time off. Work, work, work. I’d be online at all hours of the day and night.” Eventually his connection to life outside work became so tenuous that he earned himself a nickname: Ghost. “The guys [at work] literally bought me a t-shirt that said ‘Ghost’ on it,” he remembers.

After three years of working almost constantly, our founder Joel quietly took Bart aside and persuaded him to go on holiday. “Joel said, ‘You need to take a week off, minimum. And then it was a month. And then it was three months. All fully paid. I got outside in the sunshine and came back completely refreshed.” Bart started making time for all those things he’d never prioritised before, especially travel. Florida is now a favourite with Bart and his fiancée Alycia – they even have annual passes to Disneyworld and Universal Studios. But they also travel overseas regularly. In 2022 alone, Bart’s adventures include zip-lining in Jamaica, swimming with dolphins in the Dominican Republic, and with stingrays in the Bahamas!

But mindset isn’t the only thing that changed for Bart – he also went through an incredible and inspiring physical transformation. “When I got hired [by Cliniko] I was extremely heavy,” he says. “I was over 500 pounds [225 kilograms]. I turned 40 and saw my health going downhill. I was still mobile, but I was sitting on the sidelines and was tired of it.” He resolved to lose the weight and embarked on a difficult and solitary journey to achieve his goal: “I just ploughed through and did it. I was basically homebound. I didn't like going out in public for fear of being judged and I could hear kids whisper things, it was honestly heart wrenching.” With the help of weight-loss surgery, Bart ultimately lost an awe-inspiring 367 pounds. “The company not only gave me the financial resources to do that – by paying an above-average salary – but also the time to work through some issues that came after the surgery.”

“Now I view work totally differently,” Bart says. He continues to be happy in his role at Cliniko and enjoys interacting with his colleagues. Our crew from all over the world have become more than close friends. “I see them as a family,” Bart says. “On my desk there are two photos. One is my daughter and my dogs. And the other one is my co-worker’s baby, who’s flipping me off. He actually sent me that picture in a frame. Now whenever I look up from work, I see my colleague’s baby with her finger up against her cheek. You don’t need to work in an office to have work friends. They can be 5000 miles away.”

Bart is also engaged by his role supporting Cliniko customers and the discipline that remote work requires. Having time to enjoy his life outside of his job means that when he sits down to his job these days, he’s enthusiastic to get going. “I start each day refreshed and excited to work. I am relaxed and most of the time ‘in the zone.’ Of course there are days when I’m not, but I am not pressured to work when I am not at my best.”

And this is exactly the way it should be. At Cliniko, we’ve never believed that an all-consuming work ethic is good for anyone long term. It’s certainly damaging to employees, but it doesn’t actually help company productivity either. If your staff are dragging themselves to show up, feeling deflated, tired, burned out, and distracted, it’s just not possible for them to be efficient or capable of doing their best work.

A lot of Bart’s American friends think Cliniko sounds too good to be true. Especially in the States, where most businesses offer two weeks of paid leave a year, our unlimited leave and flexible work policies can almost come off like a scam. “When I took the job, my wife at the time was like, ‘this doesn’t sound legitimate,’” Bart laughs. But the Cliniko work culture speaks for itself – as Bart observes, “when we hire we often get 5000 applicants for a single position and I can probably count on one hand how many people have left the company.”

The value of our flexible policies is also reflected in our business growth; we’ve been around for 11 years and we’re used by over 100,000 allied health practitioners around the world. Like any successful business, we always look to implement policies that are going to be good for productivity and revenue – and having unlimited annual leave and flexible working in place has proven to be both a logical and effective way to achieve this.